Path up the Hill. On special occasions in 1927 and 1928, the Meher Ashram boys enjoyed pulling Baba up and down the hill path in a hand-drawn rickshaw. This is now kept in the Museum. Whenever Baba’s birthday was celebrated at Meherabad He would ascend the Hill accompanied by crowds of His lovers and a loud ceremonial band. During meetings and sahavas programs, Baba would lead groups of His disciples walking up and down this path.

Later in 1938, in order to provide Baba some shade in His walks up and down the Hill, Valu planted the banyan and neem trees along the path. She would carry the ashram’s wastewater by hand to nourish the saplings. The smaller trees were propagated by Mehera in the 1970s to be planted along the path to provide shade for Baba’s lovers walking up the Hill for darshan.

While Baba was in seclusion, one of the women mandali, Valu, would bring Baba food and tea that had been prepared by Mehera. It was strictly forbidden to look inside any place where Baba was doing His seclusion work. However, one day Valu brought Baba’s tray of food at the appointed time and found the cabin door closed. Believing that the wind had blown the door shut, Valu pushed it open and saw Baba inside, engrossed in His inner work. As Baba looked up, His powerful gaze overwhelmed Valu and her eyes became painfully bloodshot, and she was blinded for three days. This incident is an example of the power of Meher Baba’s seclusion work.

From the time it was completed, Baba’s Cabin became His personal quarters whenever He would stay on the hill. It was here that He last spent a night at Meherabad, on December 31st, 1947, after celebrating Mehera’s 41st birthday.

Baba with lovers going up the Hill 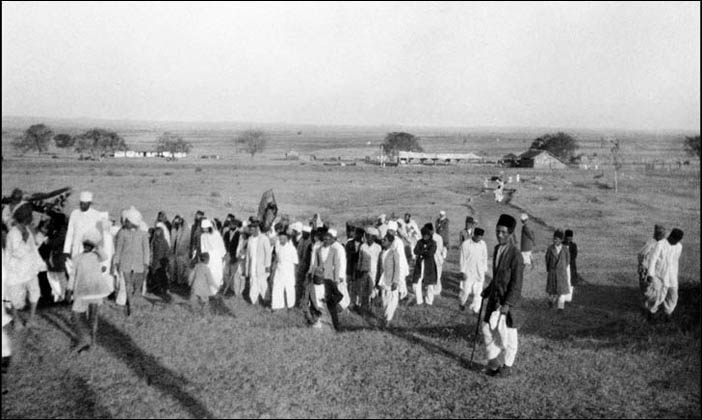 The Tin Shed. Before 1938, Baba would play badminton with the eastern women in the private compound north of the tank rooms, between the bamboo corridors in use then. The “Tin Shed” was erected over this area during the construction phase of 1938 when the women’s ashram was expanded. It served primarily as the dining area for the women. The grinding stone under the shed was used to grind grain during the ashram days. During the days, Baba would sometimes play ping-pong with them here. In the evenings, Baba would often spend time with His women mandali while seated on the gaadi.

The current stone wall around the Meher Retreat compound was erected in 1986 but part of the original wall built in 1938 can still be found at the north side. A fence was placed on top of the original wall around the compound with five rows of barbed wire. During World War II, Baba would occasionally order another strand of barbed wire to be added until there were eight rows. In the southwest corner of the compound during the ashram days, there was a zoo with a number of different types of animals and birds. In the northwest corner, there was a garage which first housed Elizabeth’s car and was later used for horses and a pony. Just outside the north wall was a chicken coop and a large paddock where Mehera would ride. 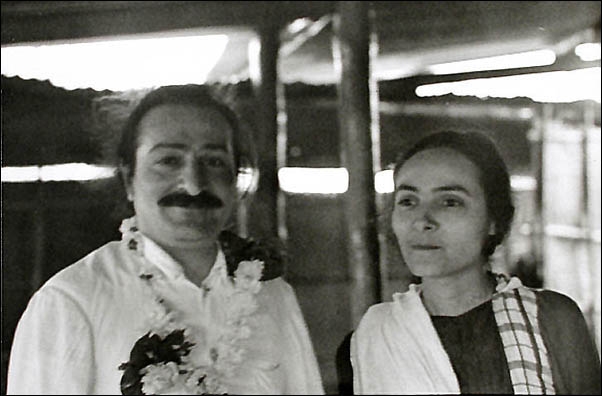 Hospital Building. The Hospital building was also built during the major reconstruction of 1938, near the site of the Meher Ashram dormitory of 1927-28. The foundation contains stones salvaged from the original Post Office building. For the first year, it was used as a maternity hospital for local village women, with Nadine Tolstoy serving as matron. Many babies were born here, and Baba would come each day and cradle the newborns. During 1939, the room adjacent to the Cage Room was used by Elizabeth Patterson and Norina Matchabelli to publish the “Meher Baba Journal”.

Cage Room. In April 1940, the Bangalore mast ashram was disbanded and some of the masts were brought here. An enclosure of bamboo was added and this became the main area for the mast ashram at Upper Meherabad. As in the Bangalore ashram, Baba even provided a chai and a beedi shop for them. As World War II became more serious, from June 1st Baba began doing seclusion work here with the masts, most notably the mild-mannered Chatti Baba from south India. During July 1940, Baba had Pendu build the Cage Room to accommodate the “tiger mast”, Karim Baba from Calcutta. Besides Krishna and Vishnu who had duties to serve Baba during His seclusion work here, only Mehera and Mani were allowed to occasionally greet Him at the south window of the Cage Room. An opening in that window that allowed messages and mail to be passed in can still be found.

When Baba was in seclusion here, Krishna Nair served as His personal attendant, spending most of his time on watch outside the gate. Above the gate there is a bell that was used to signal permission to enter – by Baba from the inside or by the attendant outside. Baba would hide Himself in the room before Krishna entered for any particular duty. One day Krishna heard the bell ring, but Baba had not rung it. When Krishna entered the compound, he “beheld Baba emitting the light of a 100 suns”. Krishna began to lose consciousness when Baba quickly grabbed his left bicep and forcefully tore the muscle causing severe pain. The physical shock saved Krishna’s life, and the scar he bore for the rest of his life served as a reminder of this incident and the power of Meher Baba’s seclusion work.

During September 1940, two toilets and a bathroom addition were constructed, and the compound of bamboo matting was replaced with the corrugated steel sheets that are still there. During that time Baba was occasionally engaged in seclusion work with masts, and this enclosure provided the main area for the mast ashram in Upper Meherabad. Baba even provided a chai and beedi shop for the masts’ use. The mad ashram was also moved here for a short time then before it was disbanded. In preparation for another special seclusion beginning August 1st, 1941, Padri cut a small opening in the Cage Room so that Baba could communicate with His attendant. 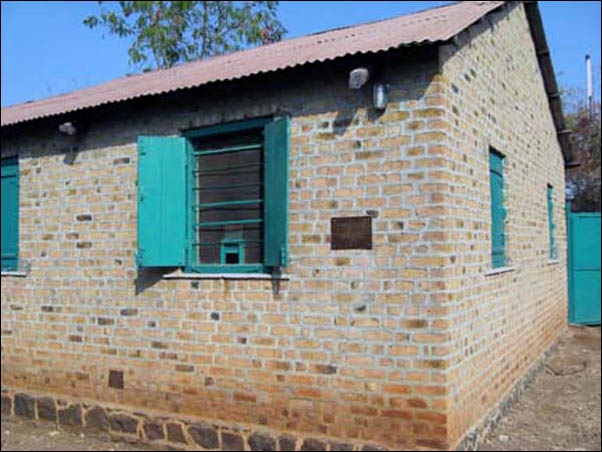