The Greatest Place of Pilgrimage in the World 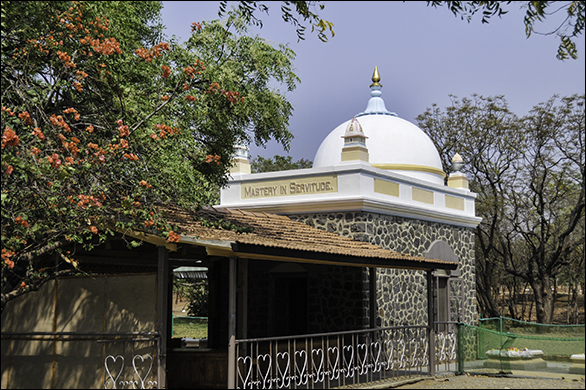 In February 1958, Avatar Meher Baba indicated to his disciples and lovers that Meherabad would become the greatest place of pilgrimage in the world. Over the years he had told them that when he passed away, his body should be interred in the Tomb (known as the Samadhi) which had been built under his instructions on Meherabad Hill in 1938. After Meher Baba passed away on 31 January 1969, people from around the world did indeed begin to come to his Tomb in gradually increasing numbers. In response to the increasing number of pilgrims, and in keeping with Baba’s own directives in the Trust Deed, the Avatar Meher Baba Trust became increasingly involved in providing facilities for visitors.

During his lifetime, Meher Baba repeatedly said he did not intend to start a new religion. Rather, as the Divine Beloved, he had come to establish a relationship with each individual through love. The Trust appreciates, therefore, that pilgrimage to Meherabad, though it occurs in a public setting, is in its essence deeply personal and inward. Thus it strives to balance its responsibility of providing facilities for increasing numbers of visitors with its goal of preserving an intimate atmosphere supportive of each individual’s unique experience of Meher Baba.

“When I leave this body, it will have its rest in the Tomb on this Hill. After 70 years this Hill will turn into a place of world pilgrimage where lovers of God, philosophers and celebrities will come to pay homage to the Tomb. How fortunate you all are that you are here in my living presence and that you could come up the Hill with me. Those of you who have not seen the Tomb before should go there and see it and pay respects, with a firm resolve that you will try your best to give happiness to others at the cost of your own and that you will love me with all your heart. Having made this resolve, try to follow up these two things honestly.”

“Since Avatar Meher Baba dropped his physical form in 1969, thousands of pilgrims from all over the world have availed themselves of the priceless opportunity of visiting His Tomb at Meherabad and His residence at Meherazad. These places where He lived and worked represent one part of the legacy that Beloved Baba left for mankind. Though they have become centres of pilgrimage, to be sure, they are far more than just this. They are vast repositories of divine impressions whose effect on those who receive them is to awaken love for God.”

“There is a spiritual intensity at Meherabad. The body of Avatar Meher Baba which is resting in the Tomb at Meherabad, is the body that housed Reality and anything that is in direct contact with Reality is naturally sanctified. So the effect of that body is that everything for miles around is sanctified. Of course Meher Baba also lived at Meherazad and by staying there he created another special atmosphere — the atmosphere of home where one could relax from the concentration of the spiritual outlook that exercises pilgrims at Meherabad. What you experience is the reflection of His presence in the atmosphere of this place — and this is true of any place He has been — and when we are gone, His presence will continue to be felt. Baba has assured us that for a little more than one hundred years, that same atmosphere will prevail.”