Meherazad breathes the history of Meher Baba’s life as the God-man. Every path bears the dust of His footprints, and every place and object within Meherazad gates exudes the fragrance of His Work and Being. Taking a tour of Meherazad is stepping back into major phases of the God-man’s work. Although Meherazad did not come into existence until the early forties, when Baba first began staying here for limited periods, it is the place where He remained for the longest periods of time until He dropped His body in His room, here at Meherazad. 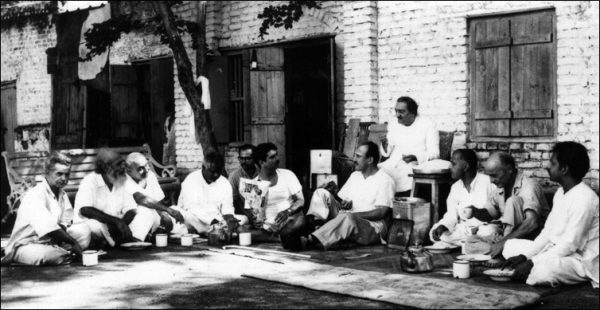 During the early forties, the water supply at Meherabad was quite tenuous. Almost daily discussions would ensue about how to manage the water needs of the mandali living at Meherabad.

One day Baba informed the men mandali that they should try to find another place, not too close to Ahmednagar, yet not too far away. The property should meet the following conditions: it should have an ample supply of water, a hill nearby and be somewhat secluded so that He would not be easily disturbed. All the mandali were to be on the lookout for such a property, as Baba wanted to now divide the ashram; half the mandali would remain at Meherabad and the other half He would shift to another site.

Within fifteen days, Vishnu saw an advertisement in the local papers for a property near Pimpalgaon- Malvi that appeared to meet Baba’s specifications. This property, owned and used by the Municipality during the construction of the Pimpalgaon reservoir, was now to be auctioned. The property consisted of a 3/4 mile approach road, a small cottage where the engineer who had supervised the building of the reservoir had stayed during its construction, a couple of other rooms and a dilapidated structure.

Baba visited the site with a few of the men mandali and liked what He saw. The lake was full, there was a nearby hill and the property even had a good well. It was bought at Auction for Rs.700/– Rs.500/ for the property including the 3/4 mile approach road and Rs.200/- for the cottage and the few other structures on the property.

At first, Baba would come and go with some of the men mandali for a few hours, have lunch and return to Meherabad. Sometimes He would stay overnight or for two or three nights at a time. Then He started going up the hill for His work. As Eruch Jessawala recalled, “We lived under the sky, nothing was here. We would go up the Hill and be there for a week and come down. So, we thought of having a shelter built on the hill. Baba said, “Build two; one for my sleep and one for my Universal work.”

By April of 1944 Baba had shifted to the Pimpalgaon Rest House taking with Him some of the men and women mandali. Among the women mandali who accompanied Baba to the new property were Mehera, Mani, Meheru, Margaret Craske and Valu Pawar.

What buildings there were on the property needed to be repaired and essentially reconstructed. In 1944, Kalemama supervised the construction of a small cottage for the women, at the site of the original old structure, using the same existing foundation. It wasn’t until 1948 that the main bungalow we know today as Baba’s House was built.

On 27th August 1948, Baba’s house was officially inaugurated by a small gathering of His lovers from Bombay, Pune and Ahmednagar. It was during this occasion that Baba officially named the property Meherazad, meaning Meher Free.