Out of Print Editions 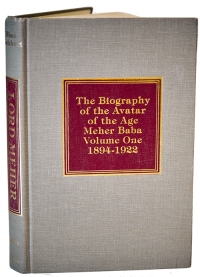 The twenty volumes of Lord Meher, the Biography of the Avatar of the Age Meher Baba, by Bhau Kalchuri were first published in the United States by Manifestation, Inc., sequentially from 1986 to 2001.

The biography was originally written in Hindi prose in 1971. In 1972, per Meher Baba’s order, given in 1969, a Hindi verse version was written and published by Meher Pukar Press in an over eight-hundred-page volume titled Meher Darshan. In 1973, Bhau’s Hindi prose writing was translated into English in the form of a typed manuscript that was titled Meher Prabhu and later changed to Lord Meher. The work of compiling the manuscript was done and additions were made. Then the manuscript was given to Lawrence Reiter to publish in America.

Presented here is the first edition of Lord Meher by Bhau Kalchuri, printed in America by Manifestation, Inc. Subsequently, a partially revised and corrected edition was published in India by Meher Mownavani Publications. No attempt has been made to add corrections to the text of the first edition, and it is being presented here as an historical record of a previously published edition. For the most recent edition of Lord Meher please visit the Avatar Meher Baba Trust online library (Books about Meher Baba).