Mehera’s Birthday Celebrated. A site across the road from the Old Bungalow was commemorated during one of the most eventful weeks in the lives of Meher Baba and His close ones. In December of 1944, Baba had decided to celebrate Mehera’s birthday publicly for the first time. One of the old mandali, Baba’s maternal uncle Masaji, had been working to prepare for that celebration, when he died of heart failure in his room in the Old Bungalow on December 19th. Baba and the mandali carried his body in a coffin from there, which was buried at this specified site.

On the 21st, Arnavaz and Nariman Dadachanji were married in Ahmednagar. Their uncle, Framrose Dadachanji, (Chanji), another one of the early close mandali, had died four months earlier in Kashmir. On the 23rd, Baba called the guests who had come for the wedding, and all His local followers to meet at this spot at Meherabad. Baba had Chanji’s bedding roll placed in a shallow pit, which was dug next to Masaji’s grave. Adi Sr. then read a message that Baba had dictated for that occasion – the dedication of a future Memorial Tower to the departed disciples of the master. Then as Adi read each name from the list of the departed ones, Baba dropped a rose into the foundation pit.

The next morning, Baba’s brother Adi Jr.’s wife, Gulu, died soon after giving birth to their son, Dara. But on the following day, as per Baba’s wish, Mehera’s birthday was festively celebrated as planned.

Model of the Memorial Tower

Main Bungalow. Later in 1947, since the mandali had tolerated poor living conditions at Meherabad for over twenty years, Baba consented to new construction which came to be known as the Main Bungalow. The opening celebration was filmed on the morning of July 23, 1948. This new bungalow provided a large meeting hall, as well as living quarters, a kitchen, and bathing rooms for the men mandali. Meher Baba’s meetings with His men disciples preceding the New Life took place here. The “Mandali Hall” was also used for meetings during the Sahavas programs in the 1950s. Mohammed Mast lived in the hall for many years before moving to another room in the building.

The photographs of Meher Baba and His parents above Baba’s chair were placed there according to His instructions. Padri placed most of the other photos seen around the room in the 1970s. The wooden clock and Baba’s chair are also from His time. 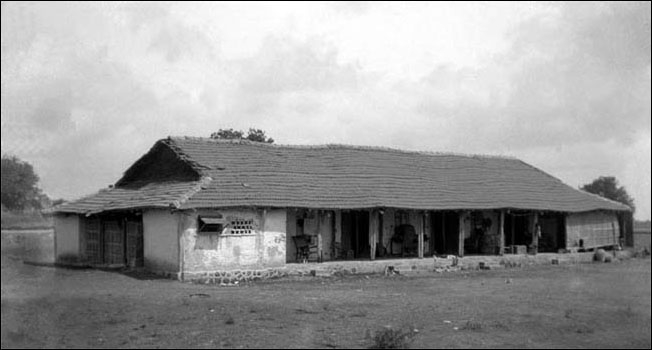 Men’s and Women’s Cemeteries.The graves of most of Meher Baba’s men mandali and two of His favorite masts are located in a cemetery southwest of the Jhopdhi. Though He did not specify each location, during the New Life meetings, Baba first indicated who should be interred here and gave each man the option of burial or cremation.

Most of Baba’s meetings with His women mandali preceding the New Life took place in the East Room of Meher Retreat. At that time the ashram was disbanded for the most part. But Kaikobad Dastur’s wife and daughters spent the rest of their lives in the Hospital Building. And after Baba dropped the body, Kaikobad lived the last seven years of his life there. The only other person to remain on the Hill after the beginning of the New Life was Mansari, who used the three original rooms of the Kitchen Building as her quarters until she died in 1997.

The cemetery for many of Baba’s close women disciples was established on the Hill where they had spent so much time with Him. Beginning with Nonny’s death in 1939, their graves were placed in the rows further to the west, usually containing the cremation ashes. The monument to Baba’s parents contains some of their personal items; their bodies were interred in the tower of silence in Pune. The last time Baba ever visited Meherabad was on August 11, 1962, for the burial of Gulmai, His spiritual mother. The graves of some of Baba’s pet dogs and peacock are beneath the banyan tree.

When Baba established His trust in 1959, He specified the order of the graves of the women mandali to each side of His tomb. In 1971, the platform and meditation cells to the east were demolished to make that area ready. In honor of Mehera’s special status as Baba’s dearest disciple, the other women there opted for cremation, leaving only her body to be buried as Baba’s was. Indeed the most sacred place associated with Avatar Meher Baba is His Tomb-Shrine.

Meher Baba ended the Three Incredible Weeks Sahavas of September 1954 by delivering His important “Final Declaration” at Lower Meherabad. Fourteen months later, His eastern male followers enjoyed another month of Sahavas with Him. Baba’s final Sahavas program at Meherabad was to celebrate His birthday during February 1958. During all these gatherings, Meher Baba impressed upon people how fortunate they were to bow down at His future tomb in His physical presence. 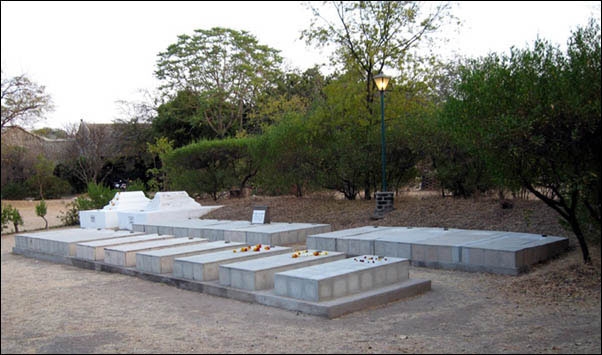