These rooms were used by various members of the mandali during Baba’s physical lifetime, but they were not originally on the property. This row of rooms was built at the same time as the main bungalow in 1948.

Room #3: This room was used by Kaikobad Dastoor. He had been given the order to repeat Baba’s name 100,000 times a day. This was his only duty. Baba would often spend time working with him in this room. Room#3 is the room adjacent to Mandali Hall.

Room #4: This room was primarily used by Vishnu. Whenever Baba called other Mandali or close ones from Meherabad, Ahmednagar, Poona or Bombay, they too were accommodated in this room.

Room #5: Kaka Baria’s room. Baba called Kaka the manager of Meherazad. Baba used this room for interviews in the early years. Kaka, being elderly, had been given a bed to use and Baba would sit cross-legged on Kaka’s bed during the interviews with visitors. 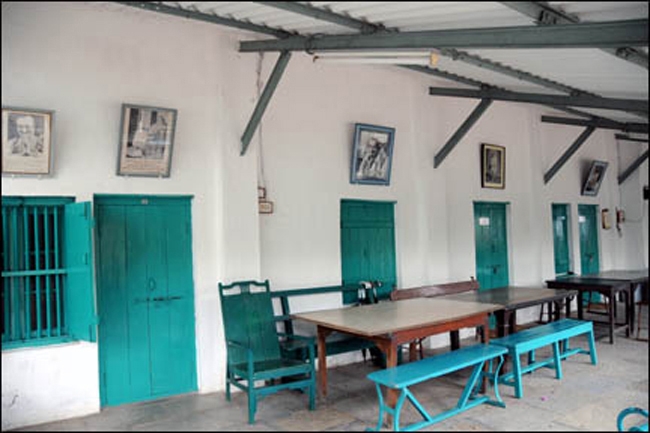