This cottage was built to house a generator given to Baba by Dr. Donkin’s father. But the generator would make such a loud sound in the early morning hours that it was too disruptive to the peace and quiet of Meherazad. It remained as a generator room until the New Life. Baidul used this room. A pit for the generator was in the center of this room. 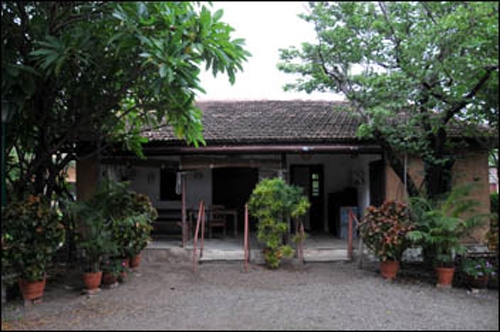 In 1955, it was sent to Meherabad and was used for the Sahavas programmes. In 1959, when Francis joined the mandali, he at first used the back portion of mandali hall as his room and a bed was kept in the hall for him, but later Francis moved into the generator room.

Room #6: This little room was used by Baba when he worked with Nilkanth Mast. It was also used by Gustadji, and then after Gustadji, Baidul.

Room #7: This room next to the generator room, was used by Baba for one summer after the second accident. A bed was put in the room and water was sprinkled on the floor to cool the room for Baba. Then he would spend the afternoons there for maybe an hour or two. Eruch would read out the correspondence to Him and there would be various conversations with the mandali.