In the early years of His stay at Pimpalgaon, Baba would go for walks with the women, which sometimes even extended to rambles up the surrounding hills. They would collect colourful pebbles and crystal rocks from the slopes; and bring them back to Meherazad. Later, when the main house was being constructed, these collected stones were incorporated into the foundation.

That construction was completed in mid-1948, and the housewarming ceremony was held on August 27th.

The house had been designed by Mehera, for whom Baba’s comfort and special needs were paramount. Thus the entire second floor of the bungalow had been reserved exclusively for Baba’s use. Situating Baba’s own room upstairs would ensure Him greater privacy; at the same time, the men mandali could access it via an outdoor staircase without their having to intrude on the privacy of the women’s quarters below.

This was the arrangement that prevailed through and even for a time after Baba’s second automobile accident in December, 1956. Eventually He shifted to a room downstairs, which then became the center and focal point of the house. 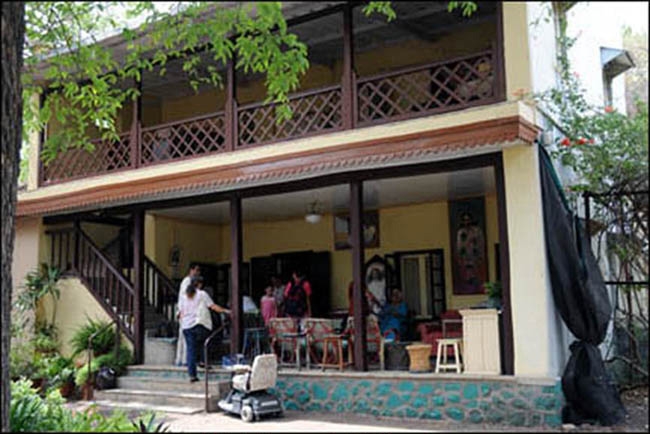