On December 23rd, many of Meher Baba’s lovers gathered in Lower Meherabad to witness the inauguration of the Memorial Tower to Baba’s departed devotees. 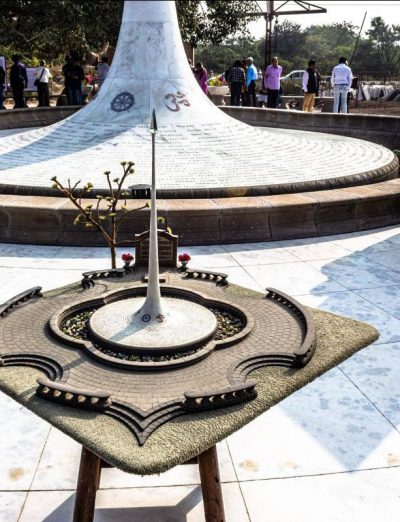 A model of the Memorial Tower in front of the completed Tower.

Baba Himself laid the foundation for the Tower 75 years earlier, to the day. On that day in 1944, Baba also had Adi, Sr. read out a message specifying certain details regarding the construction of the tower.

Baba directed that the names of those who “served My Cause with unimpeachable integrity of character before dropping their bodies” be inscribed on the Tower. 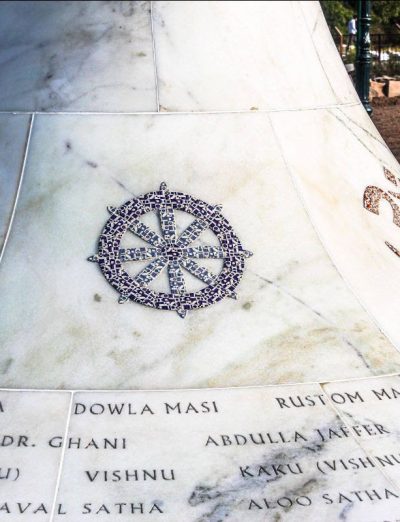 Baba also directed the Tower contain the emblems of all the important world religions, as follows:

Beyond these instructions, Baba left the construction of the Tower to His future lovers. So how did it come to be?
Ted Judson told the story. 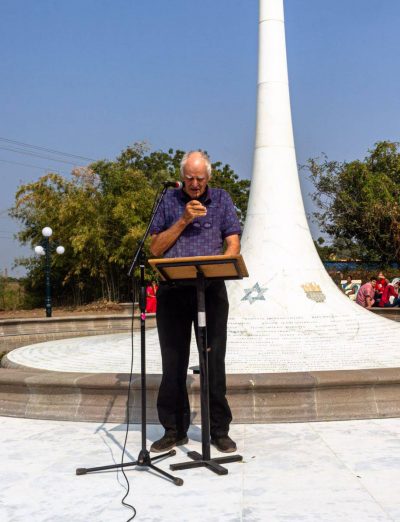 Some years after Ted came to live at Meherabad in 1976, Eruch Jessawala, one of Baba’s mandali, assigned Ted to design the Memorial Tower. As the years went by and one after another structure was built at Meherabad, Eruch would remind, “Ted, don’t forget the Tower.” 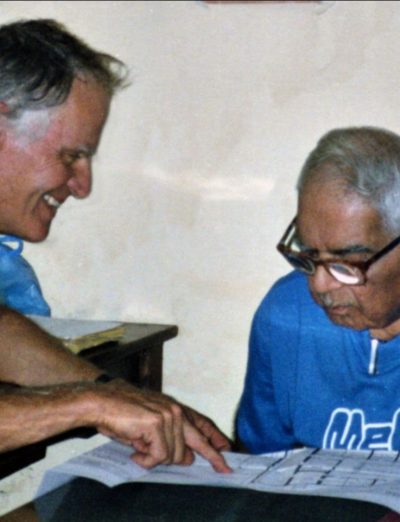 The mandali made some suggestions about the Tower’s design. Eruch liked prisms because they reflect the colors of Baba’s flag. Rano drew a small spire. Eruch, Mani, and Rano all felt that the Tower should not be so big as to compete with the Samadhi.

Ted tried many designs. The last model Ted showed to Mani before she went to Baba received the encouraging words, “You’re on the right track.” The years passed and Ted continued to search for the elusive design for the Tower. One day he voiced his struggle to Eric Nadel, who walked directly to his bookcase and opened a book to a shape called Gabriel’s Horn. Ted recognized the shape of the Memorial Tower. 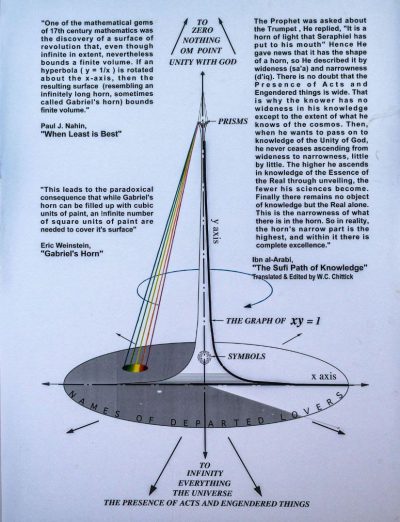 Gabriel’s Horn is an apparent mathematical paradox: It has an infinite surface area but a finite volume. If the tower extended vertically through the top to infinity, it would eventually become a line so small as to be nothing. If the tower extended out from the base to infinity, it would cover everything until, at infinity, it too would eventually become a circle so large as to be everything. Thus, the tower is a physical representation of Babs’s Everything and the Nothing.

On top of the 56-foot tower is a glass spire that on sunny days casts a rainbow on the base with the colors of Baba’s flag. 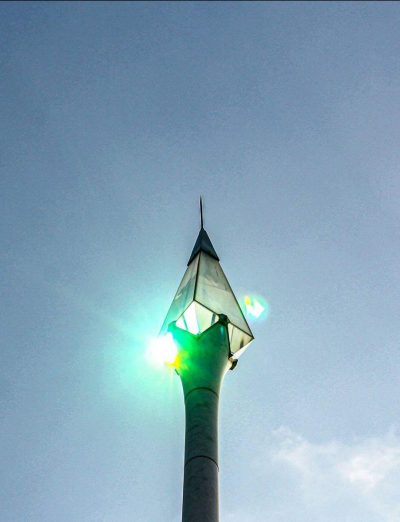 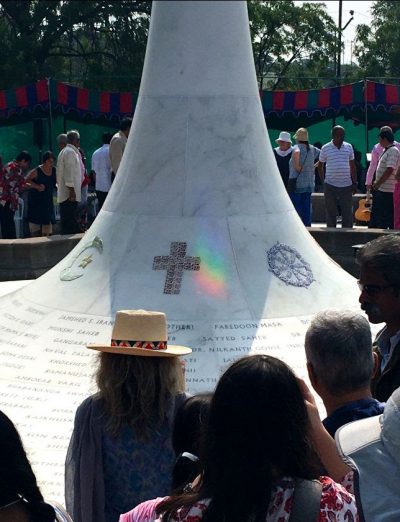 The area around the base of the Memorial Tower forms the shape of Baba's Mastery in Servitude symbol. It is designed such that it points directly to the Samadhi. 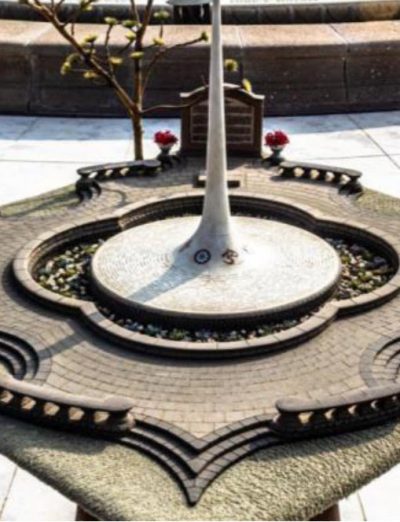 The Mastery in Servitude symbol also is placed with the symbols of the important religions of the world on the Tower. 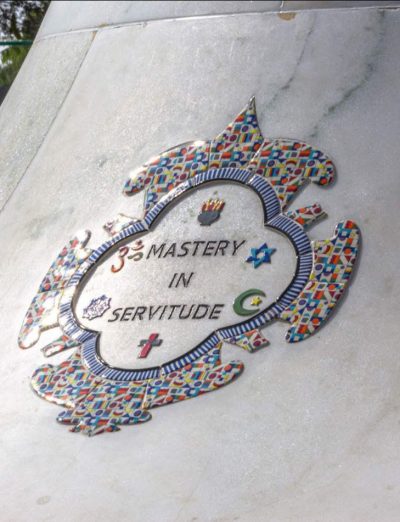 On this day, 75 years after Baba laid the foundation to the Memorial Tower, the Tower was presented to Baba in fulfillment of His order. From the feelings of joy in Baba's presence, expressed by those present at the inauguration, one suspects the Tower may also have won His pleasure.