In December 1944, Meher Baba ordered the construction of a tower in memory of His lovers. Seventy-five years later, to the day, Baba’s lovers gathered to inaugurate the completion of His Memorial Tower at Meherabad. 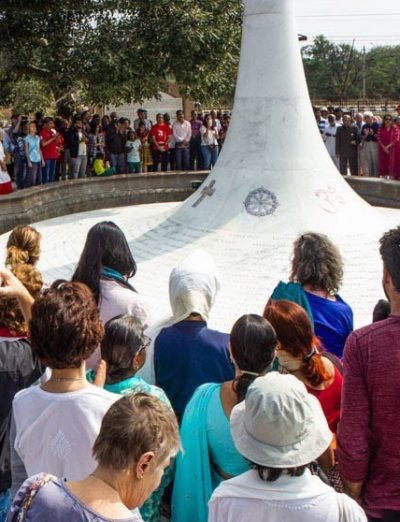 The atmosphere was super-charged with Baba’s presence, as many people saw for the first time the delicate, elegant spire rising 56 feet above a base carved with names dictated by Baba years before. 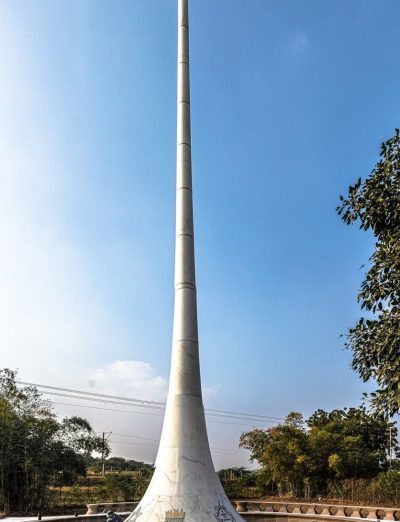 The day began with the garlanding of Beloved Baba’s photo by Trust Chairman Shridhar Kelkar and Ted Judson, who designed and oversaw the construction of the tower. 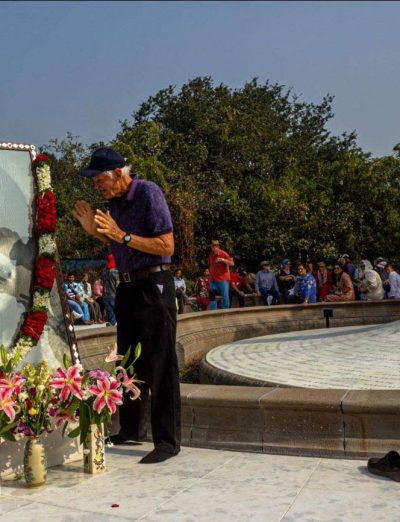 Peter Nordeen narrated the events of the week of December 23, 1944, which were then translated into Hindi and read by Dr. Ashima Acharya.

A few days before the 23rd, Baba’s close disciple Masaji (father of Pendu and Naja) had died in Lower Meherabad, and Baba buried his body on this spot.

Then on December 23rd, by Baba’s order, another grave two or three-feet-deep was dug next to Masaji’s grave and Baba’s lovers were called to the site. Baba had the bedroll of Chanji, who had died in Kashmir the previous August, rolled out in the newly-dug, shallow pit.

Then Adi Sr. read out a message dictated by Baba. This message now appears on a large plaque next to the graves of Chanji’s bedroll and Masaji. 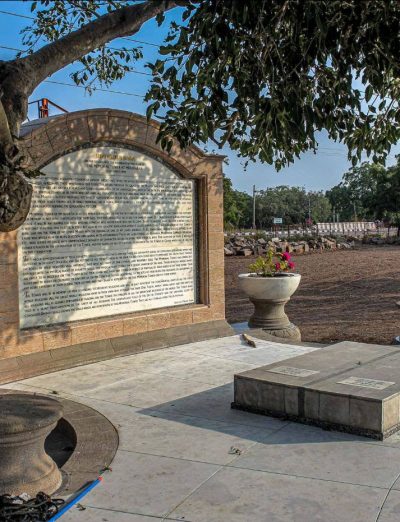 Here is an excerpt of Baba’s statement. 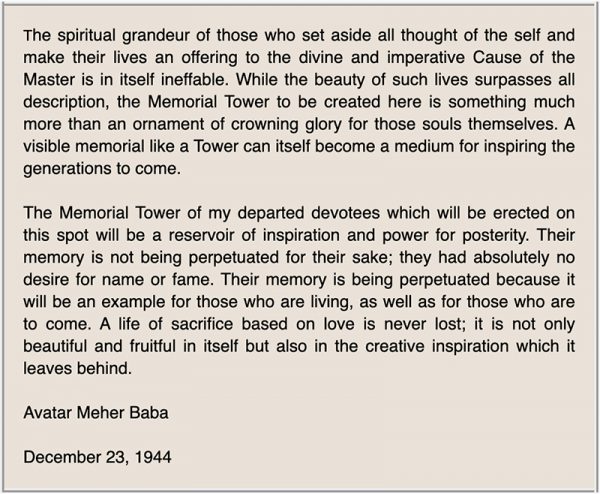 Adi then read out many names of departed ones that Baba had dictated earlier. As Adi read each name, Baba sprinkled a few rose petals into the pit with Chanji’s bed roll. After all the names were read, Baba smiled and spelled out on His alphabet board, “And these are for all those who will come in the future.” He stood and poured the remaining rose petals into the pit.

Baba stated a few, very specific requirements for the laying of the foundation of the Memorial Tower and its construction. Ted Judson and the builders Vaibhau and Vikram Joshi described how the tower was built to these specifications. 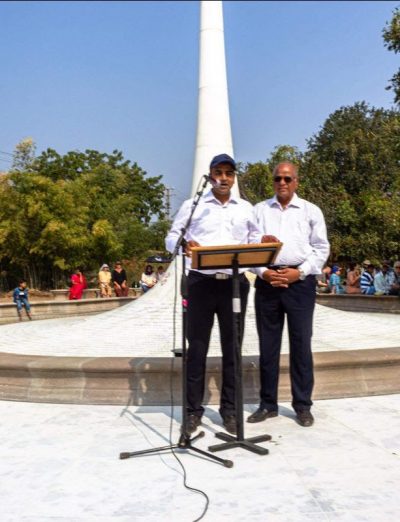 Then those whose family members had names inscribed on the Memorial Tower garlanded Masaji’s and Chanji’s graves while all sang Ustad Dhanyavad. Those present surrounded the Tower to say the Beloved God Prayer and sing the Bujawe Arti. All could see the rainbow prism reflected on the base of the Tower over some of the names. 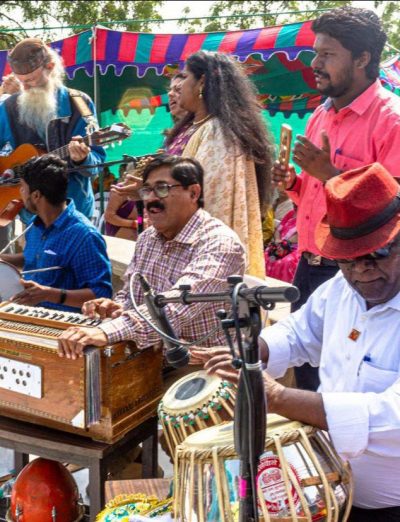 At the end of the event, all were given the opportunity to put roses on Masaji’s and Chanji’s graves, where Baba dropped rose petals all those years ago.