The Dhuni. In response to the villager’s plea to save them from severe drought, Baba first ordered a Dhuni fire to be lit on November 10th, 1925 at lower Meherabad. (For detailed account refer to the seventh paragraph of page 3 of “History of Meherabad.”)

On December 12th, 1941, Baba was staying in seclusion in the Tomb up the hill. He came down the Hill, but remaining in seclusion He had the Dhuni curtained off. Besides Gustadji who lit the Dhuni, only Padri, Pendu and Pleader were allowed to be present. Baba indicated that this time the Dhuni was being lit as part of His internal work, not to bring rain. Exactly one month later Baba allowed five of the mandali to be present, and He had Papa Jessawala light the Dhuni in honor of Upasni Maharaj who had recently dropped his body. From that day onwards, Baba ordered that the Dhuni be lit on the 12th of every month at Meherabad. The current platform around the pit was built in 1948. On September 26th, 1954 Baba lit the Dhuni Himself during the Three Incredible Weeks. Meher Baba last attended the lighting of the Dhuni on November 12th, 1955, during the Sahavas program. At that time He asked all attending to try to sacrifice some desire or shortcoming to the Dhuni. This advice has been followed since then.

In accordance with Baba’s order, the Dhuni is a monthly event at Meherabad. Participants throw a stick of sandalwood dipped in ghee into the fire, an act signifying the renunciation of some shortcoming. Meher Baba’s own poem on the Dhuni is recited on the occasion.

Across the road from the Dhuni, the Sai Darbar stage platform was rebuilt in 1942 and this site was again used for two important meetings in December 1942 and May 1943. 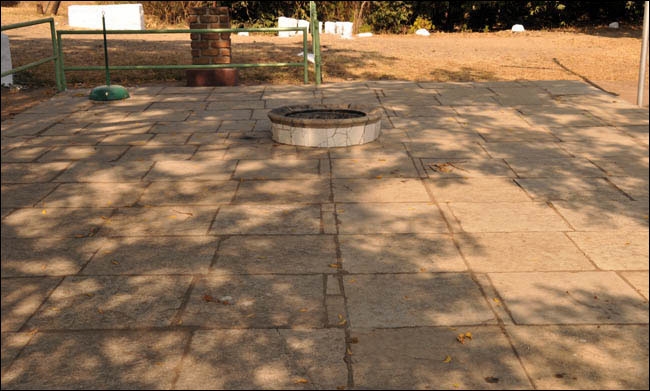 Donkin’s Quarters. In 1944, a two-roomed building was constructed near the Jhopdi for Vishnu and his mother, Kakubai. On the eve of the New Life, the companions had their last supper here before leaving Meherabad. In the 1950s-60s this building was used as Dr. Donkin’s quarters. During the 1970s, it was used as a room for six pilgrims to sleep in during their four-day stays at Meherabad. The buildings behind it were built at that time as a dining room and kitchen for pilgrims.

Interview Cabin. The Interview Cabin was originally built for Kaikobad in 1944-45 near the site of the former Bath-room building. During January 1946, Baba fasted in seclusion here. But after completing twenty of the planned forty days, He decided to finish that seclusion in Meherazad due to the disturbance of road noise here. Later Baba used the Interview cabin as a place to rest and give interviews during Sahavas programs in the 1950s. It was also used as a place for three pilgrims to sleep during the 1970s and as staff quarters after that. 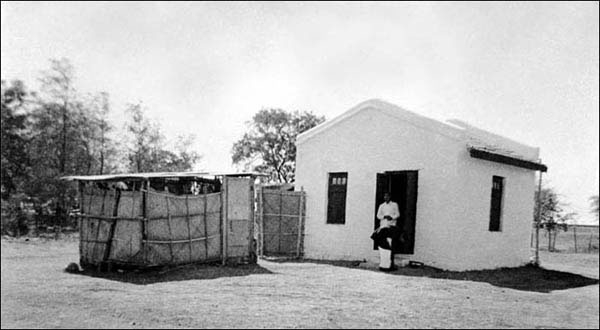